Sarah Guppy was an English inventor who contributed to the design of the Clifton Suspension Bridge in Bristol and many other projects and products. She lived between 1770 and 1852. 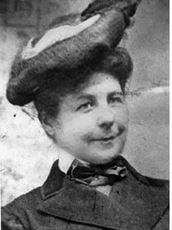 During this period women were not able to own property in their own name and because patents were considered intellectual property, anything that she designed would not be classed as her work. In spite of this she went on and patented “New Mode of Constructing and Erecting Bridges and Railroads without Arches”. This was SEVEN years before Thomas Telford even started work on the Clifton Suspension Bridge.

When he began working on the bridge, Sarah allowed Telford to use her design for free however there is no evidence that her invention was ever acknowledged by the men that started the project.

This didn’t stop her though, she went on to apply for 10 patents, she earned a contract with the Royal Navy that was worth about £40,000 for her invention to prevent barnacles from forming on the hull of boats.

Find out more and sign up for news on International Women in Engineering Day here.